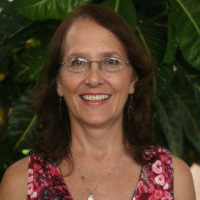 Nan McCurdy is a United Methodist missionary with the General Board of Global Ministries. She and her missionary husband, Miguel Mairena, begin service with Give Ye Them to Eat in Puebla, Mexico.

The purpose of “Give Ye Them to Eat” is to strengthen the capabilities of marginalized people and communities to meet their basic needs, and to determine and sustain a just and integrated development process.” They provide training in appropriate technologies, sustainable agriculture andhealth so that people can improve their lives. Their farm and training center is in Tlancualpican, which was at the center of September 2017 earthquake - many families lost homes. The staff provides training to make straw-bale homes that are cooler and more earthquake resistant than homes built with bricks or blocks.

Nan served the people of Nicaragua from 1985 to 2014. She and Miguel worked for 20 years with women and youth through the Women and Community Association in San Francisco Libre.

Of her call to mission, Nan says, “We are called to follow Christ’s example: to accompany and promote an abundant life for the excluded —all those not included fully in society. As God’s children, we are called to contribute to a just society here on earth, one that fulfills the Jubilee: the liberation of slaves, restitution of the earth, forgiveness of debt, and redistribution of riches.”

“’Sell all your things, give to the poor and follow me’—this is Christ’s most difficult message for us as U.S. Christians,” Nan observes. “Our worth and well-being are so wrapped up in what we have, in contrast to people in countries like Mexico and Nicaragua who have nothing but their faith.”

During the war in Nicaragua in the 1980s, Nan and her late husband, Philip Mitchell, worked in a pastoral ministry of accompaniment with people in the war zone. After the war, she assisted in the creation of the Foundation for Nicaraguan War Victims. Phil died in 1991—their daughter Nora was one and their son Daniel was three. She married Miguel Mairena in 1995. Nan and Miguel have an international and blended family that includes three daughters and three sons currently in four countries.

Nan holds degrees in biology, ecology, and pharmacy, and has done extensive non-degree studies in gender in the fields of development and community development. 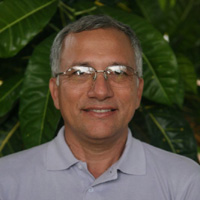 Miguel Mairena is a missionary with the General Board of Global Ministries of The United Methodist Church. Miguel and Nan McCurdy are beginning service with Give Ye Them to Eat (GYTTE) in Puebla, Mexico. Give Ye Them to Eat was founded in 1977, as a social outreach project of the Methodist Church of Mexico to combat hunger and poverty in the rural sector. The primary goal of "Give Ye Them to Eat" is to strengthen the capabilities of marginalized people and communities to meet their basic needs, and to determine and sustain a just and integrated development process so people can achieve the full promise and potential of their life as a child of God. Participatory methods and development tools are used to create conditions in which change can take place from within the communities. GYTTE uses people-centered approaches to development. It is through our various programs that this goal is achieved.

Miguel was a Mission Advocate in the denomination’s Western Jurisdiction from 2014 to 2018, helping United Methodists participate more fully in global mission. From 1997 to 2014 he was a missionary in Nicaragua working with women and youth in human rights.

For Miguel the words of Jesus from Mathew 25:40 are a guide for mission: “I tell you the truth, whatever you did for one of the least of these brothers and sisters of mine, you did for me.”

Miguel is a lawyer and has a master’s degree in criminal law. In Nicaragua he provided legal counsel to women dealing with situations of physical, psychological, and economic violence. He also counseled men about reproductive responsibility and to prevent violence against women. He and Nan worked for many years with the Women and Community Association of San Francisco Libre.

Coming from a large, religious, impoverished Nicaraguan farming family, Miguel had few opportunities to study until he was 20 years old, when he began first grade. Growing up on an island in Lake Nicaragua he learned farming, fishing, and boat skills, and worked during his teens as a mechanic and boat driver.

Most of his studies took place during the years of the Sandinista revolution. He then worked in community and agricultural development projects serving farmers and war veterans through the Nazarene Church, World Vision, and two different ecumenical centers. He is grateful to have had the opportunity to continue studying as an adult and constantly encourages other adults to keep studying.

Miguel and Nan have an international and blended family that includes three daughters and three sons currently in four countries. They are members of the Baltimore-Washington Annual Conference.